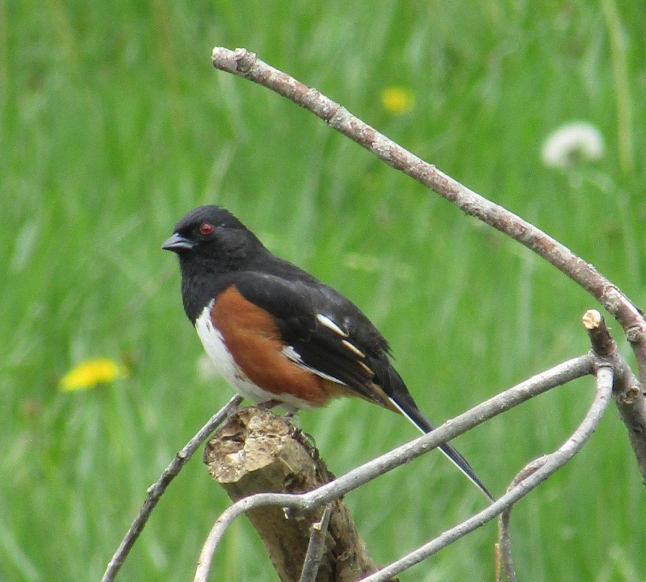 The sounds of spring surround us from sunrise to sunset with much of this seasonal chorus being provided by our feathered friends, the birds. In these weird weeks in need of something distracting, I’ve been letting nature’s sounds, as well as sights, provide some measure of relief from stressful headlines and anxious thoughts.

The mornings around my home often begin with a loud, insistent “Peter! Peter! Peter!” uttered from the woods or even just outside my bedroom window. Male tufted titmice, little gray relatives of chickadees with a distinctive crest and large, dark eyes, sing their urgent “Peter! Peter! Peter!” as a constant refrain in their efforts to attract mates now that they feel spring in their blood.

A series of rat-a-tat-tats echoes from deeper in the woods as woodpeckers tap their sturdy bills against the trunks of trees. The three most common woodpeckers at my home are red-bellied, downy, and pileated, and they all have their own unique vocalizations, as well. 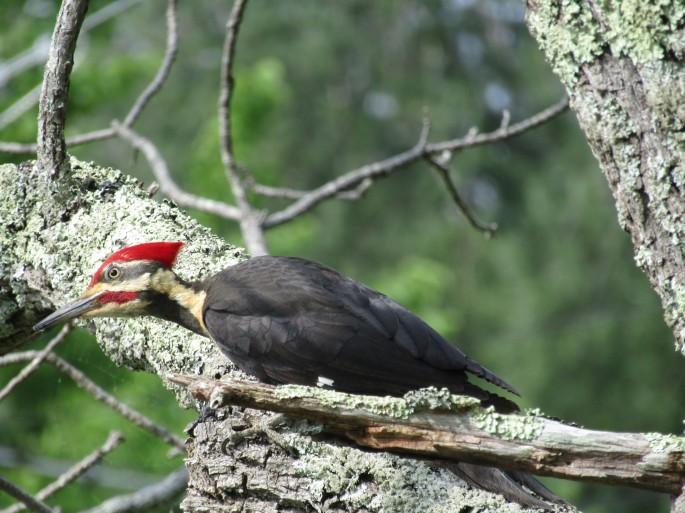 Photo by Bryan Stevens • Woodpeckers not only vocalize, they also add to the spring cacophony by drumming against the trunks of trees.

The pileated woodpecker produces clear, far-carrying resonant piping sounds that can last for a few seconds each blast. The much smaller downy woodpecker produces a whinny of high-pitched notes that descend in pitch toward their conclusion. The red-bellied call is probably the one that stands out the most. The call’s a harsh, rolling “Churr, churr, churr” given almost like an expression of exasperation as they circle tree trunks and explore branches.

Since their return earlier this month, the resident red-winged blackbirds are often some of the earliest singers these days. According to the website All About Birds, the male red-winged blackbird’s “conk-la-ree!” is a classic sound of wetlands across the continent of North America. According to the website, the one-second song starts with an abrupt note that transforms quickly into a musical trill.

Photo by Bryan Stevens • A male red-winged blackbird sings to attract mates and ward off rivals.

Some birds helpfully introduce themselves with a song that repeats their name. One such common bird is the Eastern phoebe. In recent weeks, a pair has been checking out the rafters of my garage for potential nest sites. The male spends much of the day producing his strident “fee-bee” call, which is a perfect phonetic rendition of the bird’s common name.

Photo by Bryan Stevens • The Eastern Phoebe’s song is a repetitive rendition of its own name — “fee-bee” — given over and over.

Then there’s one of my favorite songs of spring, which is produced by the Eastern towhee, which is also known by such common names as “ground robin” and “swamp robin.” These birds, which are actually a species of sparrow, also have some instantly recognizable vocalizations. With the arrival of spring, the males seek elevated perches for extensive singing bouts to attract mates and establish territories. Their song has been interpreted, quite accurately, as “drink your tea!” They also have some alarm notes, such as “Chew-ink” and “Toe-Hee,” of which the latter provides the basis for this bird’s common name.

Of course, other wildlife joins the chorus. I have so many spring peepers at the fish pond and in the wet fields around my house that the noise from these tiny amphibians can reach deafening levels. The chorus is bound to grow more diverse and louder as spring advances. Take some time to enjoy the sounds of nature at your own home. 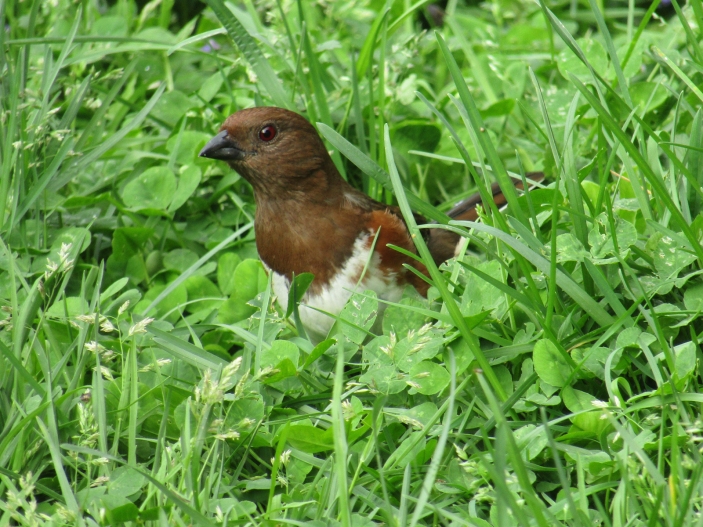 Photo by Bryan Stevens • An alert Eastern towhee female forages on a lawn.