Photo by Bryan Stevens • This female Common Merganser was photographed resting on a log during this year’s Spring Bird Count. 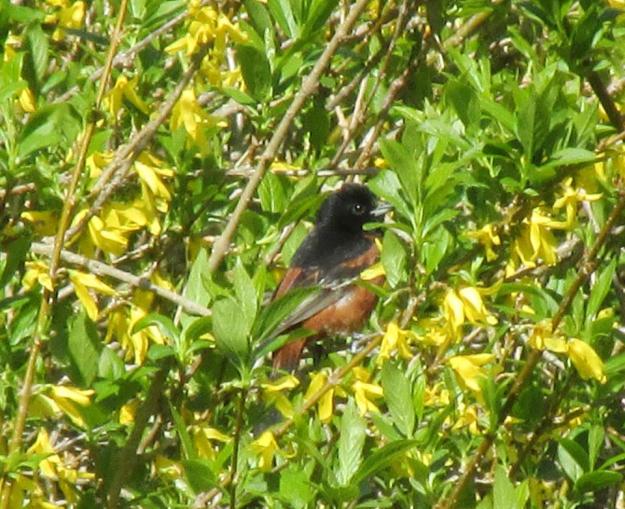 Photo by Bryan Stevens • Orchard orioles, like this bird, as well as Baltimore orioles, were found on the Spring Bird Count.

A total of 57 participants in 11 parties counted during the annual survey of avian populations in the region. The long-running count is the only spring census of birds conducted in Northeast Tennessee.

This year marked the 76th consecutive year that the Elizabethton Spring Bird Count has been conducted. The weather was mostly favorable, except for a late afternoon band of thunderstorms that passed through rather quickly. 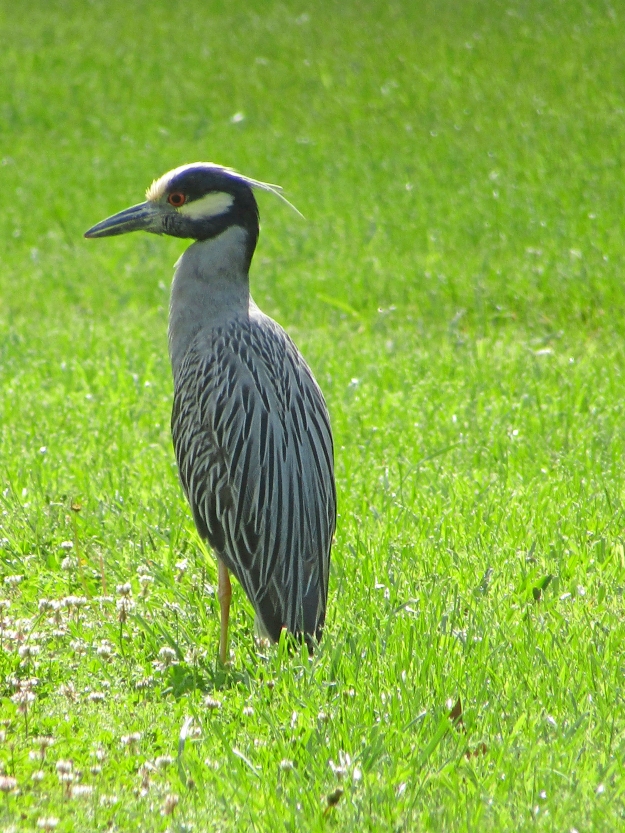 Several species of herons, including this Yellow-crowned Night Heron, were found for this year’s Spring Bird Count conducted by members and friends of the Elizabethton Bird Club.

Photo by Bryan Stevens • Pine siskins are often considered winter birds, but some of these birds nest at higher elevations in the region.

Photo by Bryan Stevens • Killdeer, a species of shorebird in the plover family, is a permanent resident in the region and was the most common shorebird on the count.

Photo by Bryan Stevens • A nest of barn swallows demonstrates the affinity of this species for human structures. 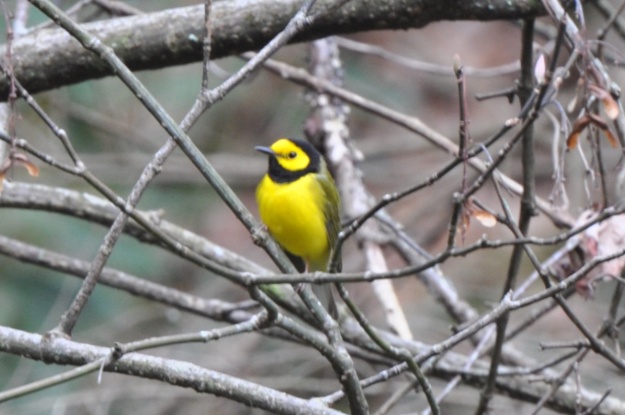 Photo by Bryan Stevens • The hooded warbler was the most common warbler on the count, with a total of 157 individuals found. 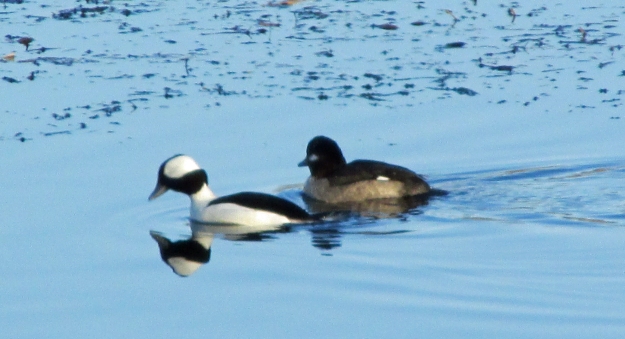 Photo by Bryan Stevens • Lingering waterfowl, such as these buffleheads, were found on the annual Spring Bird Count.

Photo by Pattie Rowland • A Great Blue Heron explores a paved driveway at a home in Erwin, Tennessee. Rookeries, or nesting colonies, in Erwin have expanded the population of this large wading bird locally.

Members of the Elizabethton Bird Club and birding organizations in Kingsport and Bristol fanned out across Northeast Tennessee on Saturday, May 5, for the 75th consecutive Elizabethton Spring Bird Count. A total of 60 observers (a new participation record) looked for birds in Tennessee’s Carter County and parts of the adjacent counties of Johnson, Sullivan, Unicoi and Washington.

Counts like this one, as well as surveys such as the Virginia Breeding Bird Atlas, now in its third season, provide valuable information to assist responsible agencies and organizations with the protection and preservation of the nation’s birds.

This year’s spring count tallied 152 species, slightly better than the overall average of 149 species established over the last 30 years. The most ever species tabulated for this count was 166 species back in 2016.

Photo by Bryan Stevens • Many of the birds found during a survey liked the Spring Bird Count are observed at feeders, such as was the case with this downy woodpecker.

I counted birds along the Watauga River in Elizabethton and on Holston Mountain. Some of the better birds I saw during the daylong outing included Baltimore oriole, Blackburnian warbler, warbling vireo, and yellow-billed cuckoo.

I also saw numerous great blue herons. It’s notable that this large wading bird has become much more common in the region, thanks to recent rookeries, or nesting sites, in Erwin, Elizabethton, Bristol and other locations. In recent years, new rookeries have also been established in southwest Virginia in locations such as Saltville and Damascus. A total of 123 great blue herons were found on this year’s spring count.

So it was with much interest that I read on my Facebook page the story of an encounter Pattie Rowland, a resident of Erwin, Tennessee, had with a rather tame great blue heron. Instead of flying away when Pattie stepped outside, a visiting heron strolled around her yard and down her neighbor’s driveway.

Pattie wondered if the heron could be a fledgling from the rookery in Erwin. While that’s certainly a possibility, the bird could also be an adult nesting in the rookery and wandering a little farther afield than usual in search of food for its young. In addition to fish, great blue herons will also feed on earthworms, amphibians, reptiles and even small rodents. As I mentioned to Pattie, herons are like people. Each bird is an individual; some are shy, others are curious and adventurous, which may find a heron exploring a paved driveway instead of a water lily-choked pond. 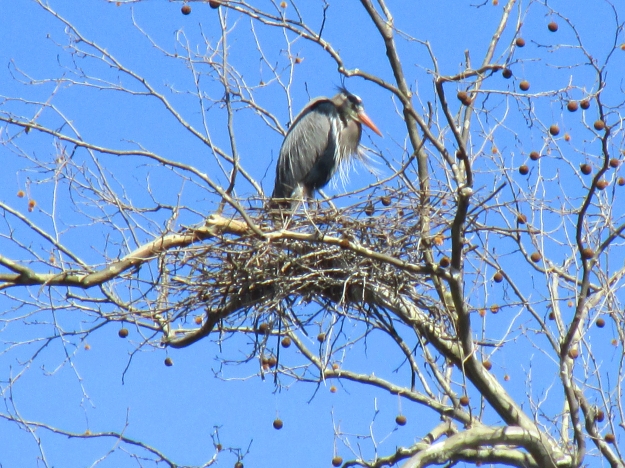 Photo by Bryan Stevens • Great blue herons have expanded their nesting range into the region.

This heron has only been known to nest in Unicoi County since 2007. In addition, count participants found 144 double-crested cormorants, another bird affiliated with water that has proliferated as a summer nesting bird in the region.

Despite the increasing numbers of great blue herons and double-crested cormorants, they were far from the most numerous bird found on the spring count. The European starling claimed the distinction of most abundant bird on this year’s count with a total of 921 individuals found. Other abundant birds included cliff swallow (864); American robin (844); Canada goose (648); red-winged blackbird (546); and American crow (377). Although the count produced many good birds, it was also notable for some misses, including Northern bobwhite, sharp-shinned hawk and Kentucky warbler. 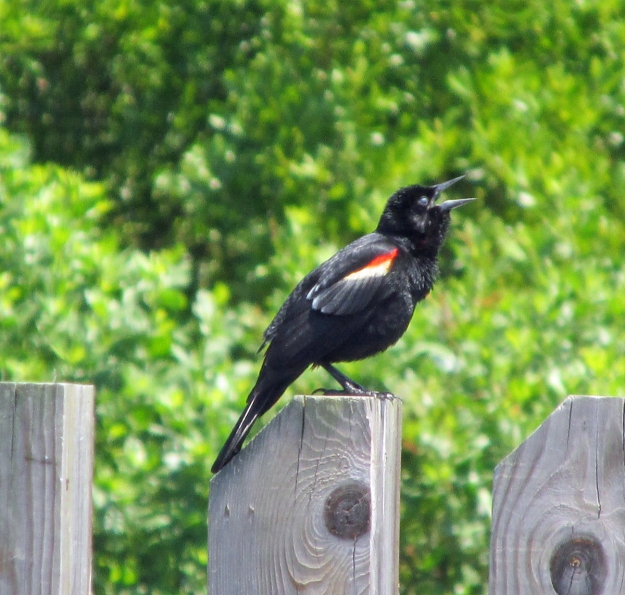 Photo by Bryan Stevens • A male red-winged blackbird sings to attract mates and ward off rivals.

In the wild, great blue herons can live for 15 years. The great blue heron’s diet is often dictated by opportunity with these large birds known to feed on prey that ranges from fish and crustaceans to small alligators and baby turtles. These herons will also feed on insects, rodents, amphibians, reptiles and even nestling birds. A great blue heron will basically try to eat anything that it can capture and swallow.

The great blue heron isn’t the only heron found in the region. Other herons that can be found locally include green heron, yellow-crowned night-heron and black-crowned night-heron, all of which were found on the recent bird count.

If you’re interested in observing great blue herons for yourself, consider visits to the wetlands at Sugar Hollow Park in Bristol, Virginia, or the waterways around Osceola Island Recreation Area near Holston Dam in Bristol, Tennessee. These herons can also often be found stalking fish, frogs and other prey around the edges of ponds or streams.

The official results of the Spring Bird Count by the Elizabethton Bird Club are presented below:

Photo by Bryan Stevens • A family of Canada geese swims in the Watauga River in Elizabethton, Tennessee.

Photo by Bryan Stevens • Killdeer, a species of shorebird in the plover family, is a permanent resident in the region.

Photo by Bryan Stevens • A male house finch perched on a cable. These finches are native to the western United States but became established in the eastern states thanks to the illicit pet trade.

The 74th annual Elizabethton Spring Bird Count was held on Saturday, May 6. A total of 43 observers in nine parties took part in the annual survey, which consists Carter County and parts of adjacent Johnson, Sullivan, Unicoi and Washington counties. In addition to Elizabethton, the count includes territory in such cities as Elizabethton, Erwin, Kingsport, Bristol and Johnson City.

Photo by Bryan Stevens • A male gobbler seeks the attention of hens, as all these Wild Turkeys add to the number of this species found during the count.

The most unusual aspect of this year’s count involved rather cold conditions, according to long-time count compiler Rick Knight. Although held nearly a week into May, this was one of the coldest days ever experienced on a spring count. The temperature range was 36 to 54 degrees. Light rain fell before sunrise; the morning was partly cloudy to cloudy, then the afternoon saw light rain, with light snow showers at the higher elevations and a half-inch accumulation of snow on Roan Mountain.

The most common species on this year’s Spring Bird Count was the Cliff Swallow with 1,046 individuals — a new record for this species — found this year. Other common species include European Starling (704), American Robin (693) and Tree Swallow (526).

A Stilt Sandpiper found in Washington County represented only the third time this species has been observed during the Elizabethton Spring Bird Count. As always, Knight said there were a few notable misses, such as Northern Bobwhite, Ruffed Grouse, Pied-billed Grebe, Brown Creeper, Winter Wren, Swamp Sparrow and Pine Siskin. In addition, no gulls were found on any of the area lakes.

Photo by Bryan Stevens • Purple Martins, like this male, were sluggish on the day of the count thanks to cold temperatures and steady rainfall.

In addition, several species of warblers that nest in the region showed rather low numbers. Some of the low numbers for some species may be attributable to the weather. Nevertheless, the count produced observations of 28 different warbler species.

Several species of herons, including this Yellow-crowned Night Heron, were found for this year’s Spring Bird Count.

Photo by Bryan Stevens • Migrating shorebirds, such as this Solitary Sandpiper, added diversity to this year’s Spring Bird Count in Northeast Tennessee.

Photo by Bryan Stevens • Newly-returned neotropical migrants, such as this Indigo Bunting, increased the total number of species for the annual spring count.

The 73rd consecutive Elizabethton Spring Bird Count, which was held Saturday, April 30, set numerous records for this long-running survey of the region’s birds. The 59 observers in 13 parties (both representing record highs for participation) enjoyed favorable weather over the coverage area, which included Carter County and parts of adjacent Johnson, Sullivan, Unicoi and Washington Counties. 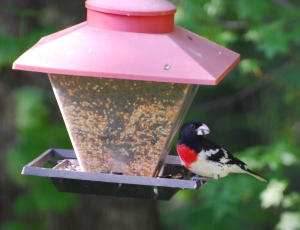 Photo Courtesy of Jean Potter                              A total of 166 species of birds, including Rose-breasted Grosbeak, pictured, helped participants in the Elizabethton Spring Bird Count, establish a new record high for this annual survey. The old record of 161 species was set back in 2005.

Long-time count compiler Rick Knight announced that the annual count tallied 166 species, eclipsing the previous record of 161 set in 2005. By comparison, the average number over the last 30 years has been 147 species.

Highlights for this year’s Spring Bird Count included American Golden-Plover and Fish Crow, which were new to this annual survey of birds in the region.

Amazingly, given the long history of this count, 21 species occurred in record high numbers this year. Knight said the increased number of observers and parties certainly contributed to this.

Photo Courtesy of Jean Potter                      Although the Sora is rarely found during this annual count, the four individuals found this year represented an all-time high for the species on this yearly survey.

Several of these good finds were made by observers counting in Unicoi County at such locations as Rock Creek Recreation Area and Unaka Mountain. The final total follows:

Photo by Bryan Stevens Common backyard birds, such as Northern Cardinal, were among the record-high 166 species found.

Photo by Bryan Stevens While some species set record highs, only 10 Hairy Woodpeckers, like this male, were found by participants in the annual Elizabethton Spring Bird Count.