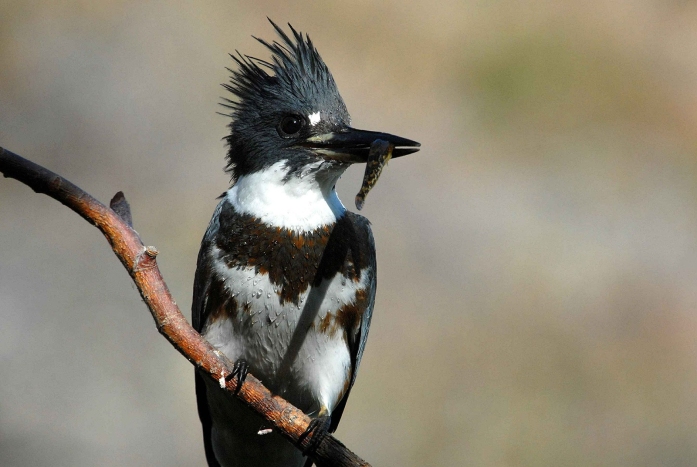 Photo by Public Domain Photos/Pixabay.com • A female belted kingfisher returns to a perch after a successful catch.

A belted kingfisher has visited the fish pond quite frequently throughout this summer. The bird’s arrival is usually heralded by its hoarse, rattling call. The bird is rather shy, so any observation usually has to be done with some degree of stealth. 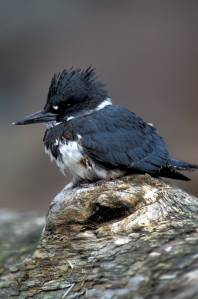 I know fishing is a favorite pastime for many people. In these times of social distancing, there’s probably nothing better for some people to do than to spend a lazy summer afternoon baiting a hook and trying their luck at their favorite fishing spot. While doing so, they have probably encountered the angling counterpart among our feathered friends. The belted kingfisher’s nature as an angler rules out this bird visiting feeders in the backyard, but that doesn’t mean one is unlikely to see this bird. With a little strategic effort, a glimpse of a belted kingfisher is fairly easy to obtain, especially during the summer months. Any stream, pond, river or other body of water increases the chances of observing this fascinating bird.

The belted kingfisher prefers to perch on an exposed branch or a wire that overlooks a body of water that offers ample fishing opportunities. The belted kingfisher, however, is capable of hovering in place in order to spot and then capture its prey in an impressive plunge and lunge into the water.

Most of my observations of hunting kingfishers have involved the birds in their ambush approach to fishing — perching and diving on the unsuspecting fish. I have on a few occasions also observed kingfishers as they hover over the water in a quest for a meal.

A walnut tree with some dead branches overlooking my family’s fish pond is a favorite perching site for visiting belted kingfishers. A few become become regular visitors almost every spring and summer. In past years, I’ve been delighted by pairs of kingfishers that have brought as many as six of their offspring to hunt around the edges of the pond and creek near my home.

When a belted kingfisher does manage to capture a fish — not always a certainty, despite their great skill — the bird will usually fly to a perch where they will beat the fish unconscious before swallowing it. I remember one particular kingfisher that liked to catch fish in the creek and then fly to the corner of the metal garage roof where the bird proceeded to beat senseless the unlucky fish. 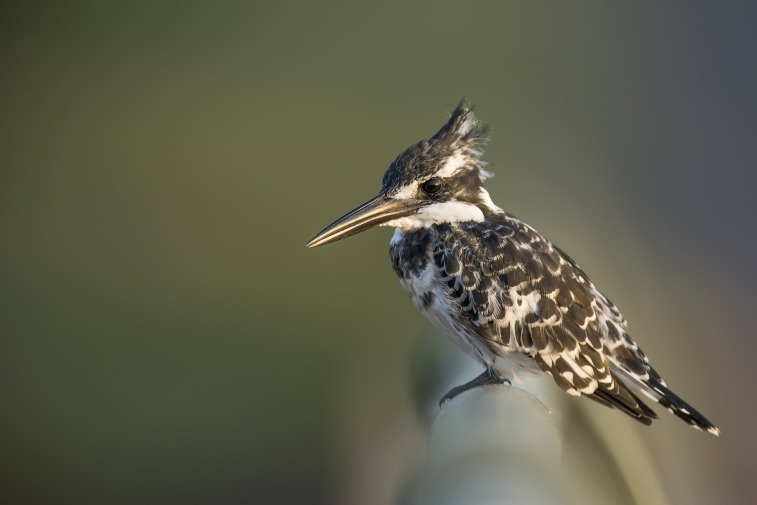 Photo by Pixabay.com • The pied kingfisher is a common member of the kingfisher family that ranges throughout Europe.

While the belted kingfisher is the only one of its kind in the eastern United States, the kingfishers are a large family of birds found around the globe. Worldwide, there are about 90 species of kingfishers that range in size from the 16-inch-long laughing kookaburra of Australia to the tiny African dwarf kingfisher, which at four inches in length is smaller than most sparrows. This family of birds is divided into three groupings: the river kingfishers, the tree kingfishers and the water kingfishers.

Despite the name “kingfisher,” not all kingfishers exist on a diet of fish. Some members of the kingfisher family instead prey on other quarry, such as snakes, lizards and insects. 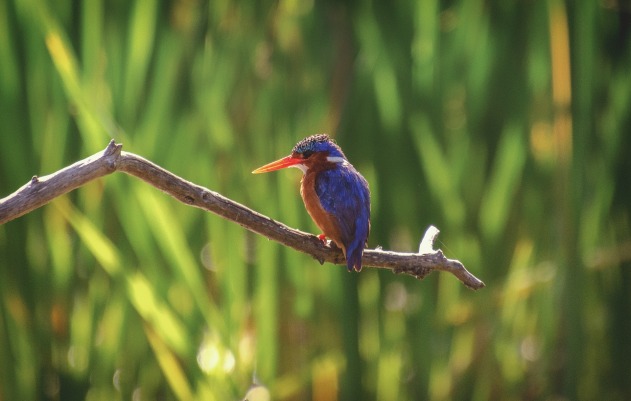 Photo by WelshPixie/Pixabay.com • The malachite kingfisher is a river kingfisher widely distributed in Africa south of the Sahara.

The family also consists of a group of related birds from Australia and New Guinea known as kookaburras, which includes blue-winged kookaburra, spangled kookaburra, rufous-bellied kookaburra, and the well-known laughing kookaburra. Hollywood often dubs the raucous calls of kookaburras into the background soundscapes of movies and shows with tropical themes. 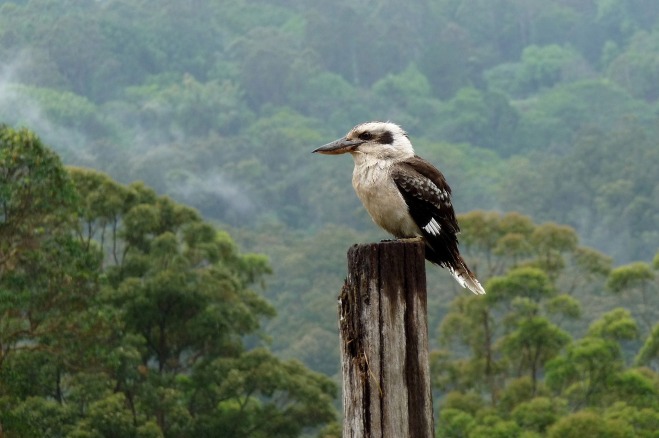 Photo by Magee/Pixabay.com • The raucous calls of the kookaburra, an Australian kingfisher, are often incorporated into the background of jungle scenes in Hollywood movies.

There’s nothing quite so disappointing as coming home empty-handed after a day of fishing. Belted kingfishers rarely suffer that disappointment. Although not successful in every attempt, the belted kingfisher is certainly exceptional in its pursuit of fish. According to John Eastman in his book, “Birds of Lake, Pond and Marsh,” the belted kingfisher typically captures about 10 fish per day. That’s a feat that many human anglers might envy.