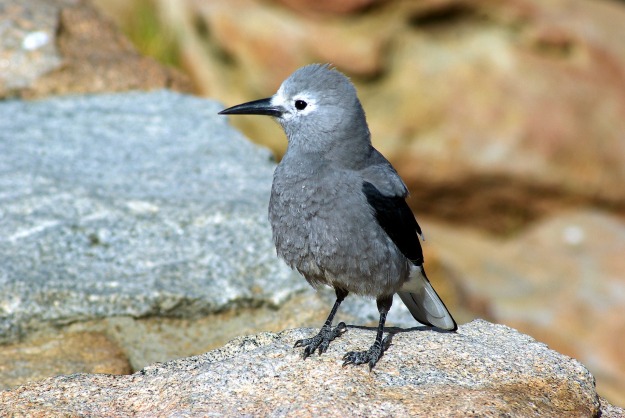 Photo by Mike Goad/Pixabay.com • A Clark’s nutcracker surveys its surroundings from a rocky outcrop. Both William Clark and Meriwether Lewis made detailed notes about their observations of this bird in what would become the western states of Idaho and Montana.

The United States and the world observed the 215th anniversary of the launch of the historic Lewis and Clark Expedition on May 14. Retrospectively, I cannot even begin to imagine what it would have been for a birder to have been a member of that expedition. Although Meriwether Lewis and William Clark would not have considered themselves birders in the modern sense, the entries in their journals testify that they had a thorough grasp of the avian life that surrounded them as they explored the American west.

Last week’s column focused on Lewis’s woodpecker, a bird named for Lewis. In addition to the woodpecker, a genus of plants known as Lewisia honors the charismatic Lewis. One member of the genus is bitterroot, or Lewisia redivava, which is the official state flower of Montana, one of the western states explored by Lewis and Clark. Finally, a subspecies of cutthroat trout (Oncorhynchus clarki lewisi) honors both the explorers with its scientific name.

This week’s column will turn to William Clark and an enterprising bird named for the renowned explorer. After the culmination of the famed expedition, President Thomas Jefferson made Clark a brigadier general in the militia of the Louisiana Territory and appointed him the nation’s agent for Indian Affairs. While Lewis died only three years after the conclusion of the expedition at the age of 35, Clark lived to the ripe old age of 68, dying in 1838. His management of Indian Affairs from his headquarters in St. Louis, Missouri, meant that his reputation has forever been sullied by his participation in the numerous Indian removal schemes of the first decades of the 1800s. He eventually became governor of the Missouri Territory and, from 1822 until his death in 1838, he served as Superintendent of Indian Affairs. 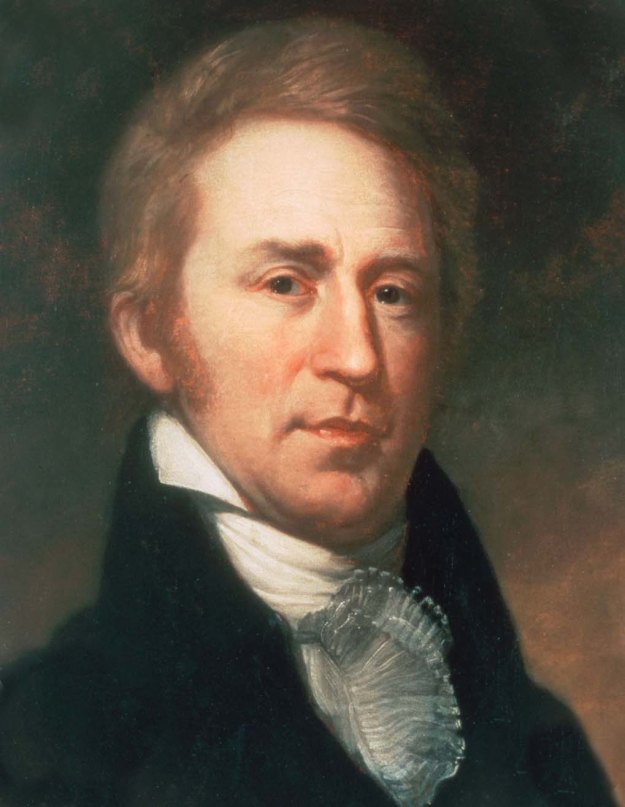 A portrait of William Clark by the artist Charles Wilson Peale.

At the same time, the man who served as a guardian to Jean Baptiste Charbonneau, the son of Sacagawea and Toussaint Charbonneau, professed to have the interests of Native Americans at heart. Perhaps his time on the expedition with Sacagawea, who served as a guide, a translator, and a symbol of the expedition’s peaceful nature, helped Clark see the worth of Native Americans, but he failed to overcome his devotion to the concept of Manifest Destiny.

Although the Lewis and Clark Expedition owed a great deal to Sacagawea for her contribution to the success of the venture, Clark failed to overcome the prevailing mindset of his times when it came to the treatment of Native Americans.

The Lewis and Clark expedition officially extended from May 14, 1804, to Sept. 23, 1806. As they explored the American west, the members of the expedition saw wonders, including the feathered variety, never before beheld by people outside of various Native American tribes. One of those birds still honors Clark’s name. Clark’s nutcracker, also known as Clark’s crow or Clark’s woodpecker crow, is a member of the family Corvidae, which gives it kinship with birds such as ravens, magpies, jays and crows.

Clark’s nutcracker populations appear to have experienced declines between 1966 and 2015, most notably in the state of Washington, according to the North American Breeding Bird Survey. Because this bird lives in specialized habitats found near the tops of mountains, it is likely to be particularly vulnerable to climate change.

Clark’s nutcracker usually dwells in high-elevation pine forests. They can be found on peaks ranging in height from 3,000 to 12,900 feet. The website All About Birds describes Clark’s nutcracker as a famed cacher of seeds. The birds have excellent memories and can relocate buried seeds more than nine months after caching them. Clark’s nutcracker uses its bill to crack open unripe, closed pine cones and remove seeds from the cone scales. It shells seeds by cracking them in its bill or by holding them in its feet and hammering them. It’s little wonder early naturalists could not quite determine whether the bird was a woodpecker or a crow. In their native west, Clark’s nutcrackers visit feeders where they eat seeds, peanuts and suet.

Clark wrote about the nutcracker on Aug. 22, 1805, while trying to navigate the canyon of the Salmon River, despite warnings from Native Americans in the region that it couldn’t be done. During his struggle to maneuver the canyon’s rapids, he noticed a bird that he described “of the woodpecker kind” and noted that it fed on pine burs.

Lewis also wrote his own notes about the bird. “This bird feeds on the seed of the pine and also on insects,” Lewis wrote in May of 1806. “It resides in the Rocky Mountains at all seasons of the year, and in many parts is the only bird to be found.”

The early naturalist Alexander Wilson mistakenly believed that Clark’s nutcracker probably fed on fish. He based his assumption on the fact that the Lewis and Clark Expedition found the bird near rivers and seashores. He also felt the bird’s claws looked too strong and fierce to belong to an eater of seeds. He was wrong on both counts.

The famous naturalist and painter John James Audubon also disagreed with his friend, Wilson, who had placed the bird among the species in the Corvus genus. Although it is definitely related to corvids, Audubon gave the bird its unique scientific name of Nucifraga columbiana, which means “Nut Cracker of the Columbia River.”

Despite its close association with the whitebark pine, Clark’s nutcracker is famed for its adaptability, as well as a rather tame forwardness. Even from its first encounters with humans, the nutcracker apparently learned it could obtain supplemental food from them, earning it the nickname of “camp robber.” They might now be more aptly named “picnic robbers,” hanging around picnicking areas and parking lots to nab morsels provided deliberately or accidentally by humans.

I’ve birded in the west — Utah, Idaho, and Wyoming — on two occasions, and I’ve always been struck by how much tamer some of the birds seem in comparison to birds in the eastern United States. I wanted to see a Clark’s nutcracker during my two visits, but I really didn’t make it to the appropriate elevation for seeing one of these birds. Like Lewis’s woodpecker, the nutcracker will have to wait for future visits.

Photo by i_love_animals/Pixabay.com • Clark’s nutcrackers, such as this individual, will learn to come to feeders.

2 thoughts on “Nutcracker impressed leaders of Lewis and Clark expedition”