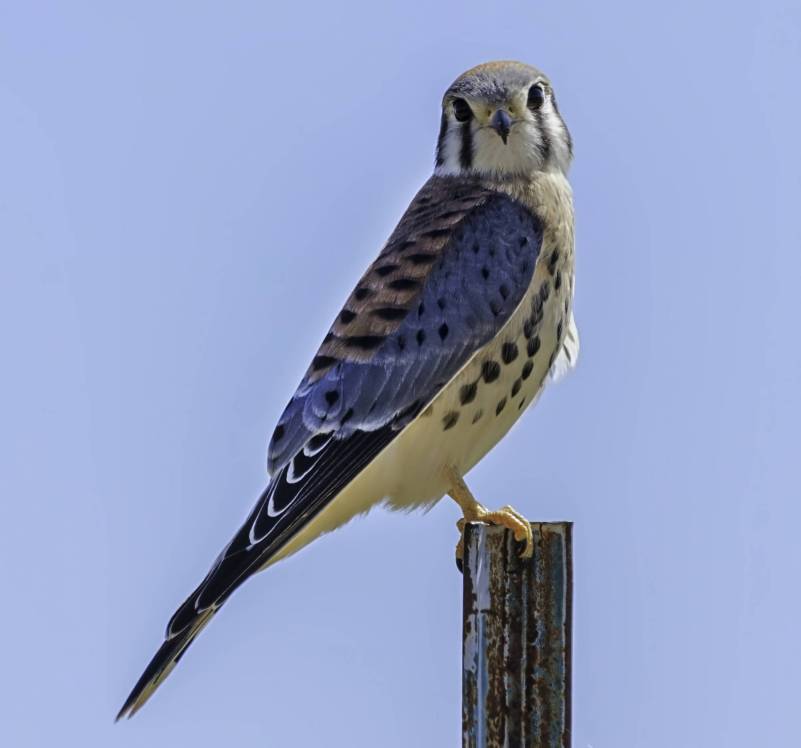 Photo by Robert H. Burton/U.S. Fish & Wildlife Service • An American Kestrel perches on a fence post. The male American Kestrel is an aerodynamic bird that never fails to look graceful and elegant in flight.

I know a few locations in Limestone Cove to find American Kestrels. This small falcon, although present throughout the year in the region, is somewhat more prominent during the winter months when kestrels from farther north migrate into the region. However, this falcon also nests in the region and can be found at any time of the year in suitable habitat, which is usually open countryside. Most of this winter I’ve been seeing a single American kestrel near the historic Bell Cemetery in Limestone Cove. More often than not, I see a kestrel perched on utility lines driving past the cemetery to and from work each day.

All falcons share a similar aerodynamic design that includes sleek, streamlined bodies and long, slim wings which taper to pointed tips. They fly with rapid wingbeats and are capable of swift flight. The American Kestrel has long been one of my favorite raptors. They’re seldom as skittish as many other raptors and will permit close observation. 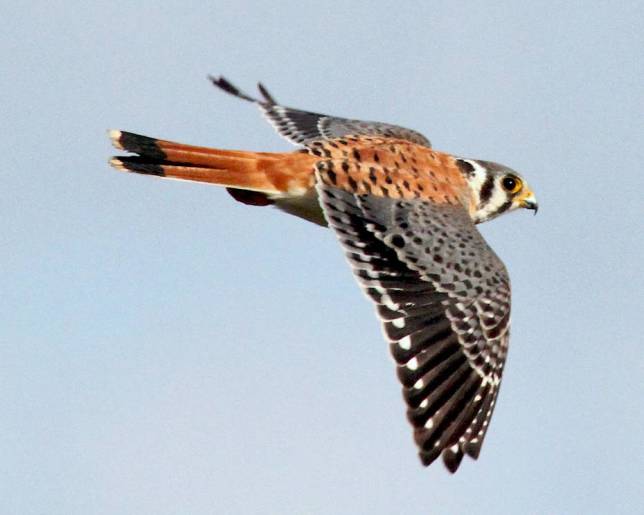 Photo by Naser Mojtahed/U.S. Fish & Wildlife Service • The male American Kestrel is a colorful bird. He shows a rusty back with some black barring, a rusty tail and steel blue-gray wings. The female American Kestrel is brownish with black barring on her back and tail. She also shows a buff-colored wash streaked with brown on her underparts. Both sexes show a strong facial pattern marked by two black “sideburns” on the side of the face.

The American Kestrel, formerly known by the name “Sparrow Hawk,” does not feed entirely on other birds. In fact, a large part of this small falcon’s diet includes rodents and insects.

In its nesting preference, the American Kestrel is unusual among other native falcons and hawks. Kestrels nest in cavities, including abandoned woodpecker holes and nest boxes provided by humans. 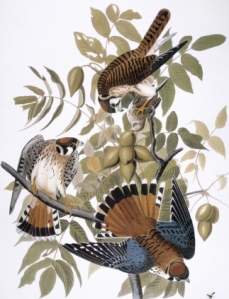 Like many raptors, the American Kestrel likes to hunt from a perch, swooping down on unsuspecting prey. The Kestrel, however, is also capable of hovering, a type of flight that only a relatively few birds, including the Belted Kingfisher and the Ruby-throated Hummingbird, are capable of performing.

The American Kestrel is colorful, especially for a raptor. Males have a slaty blue-gray head and wings that contrast nicely with their rusty-red back and tail. Female kestrels show basically the same warm reddish coloration on her wings, back and tail. Both sexes show a strong facial pattern marked by two black “sideburns” on the side of the face.

Other members of the falcon family can be found in the region, including the Peregrine Falcon and the Merlin. Other falcons in North America include the Prairie Falcon and the Aplomado Falcon. There are more than 60 species of falcons found worldwide. While the Peregrine Falcon’s endangered status became well-known in the United States, other falcons have been threatened with extinction. The Mauritius Kestrel once dwindled to a population of only four individuals. Today, the population, due to intensive human effort, has greatly recovered to 400 birds in 2019. Other kestrels from around the world have been given interesting common names, including Fox Kestrel, Grey Kestrel, Spotted Kestrel, Greater Kestrel and Lesser Kestrel. 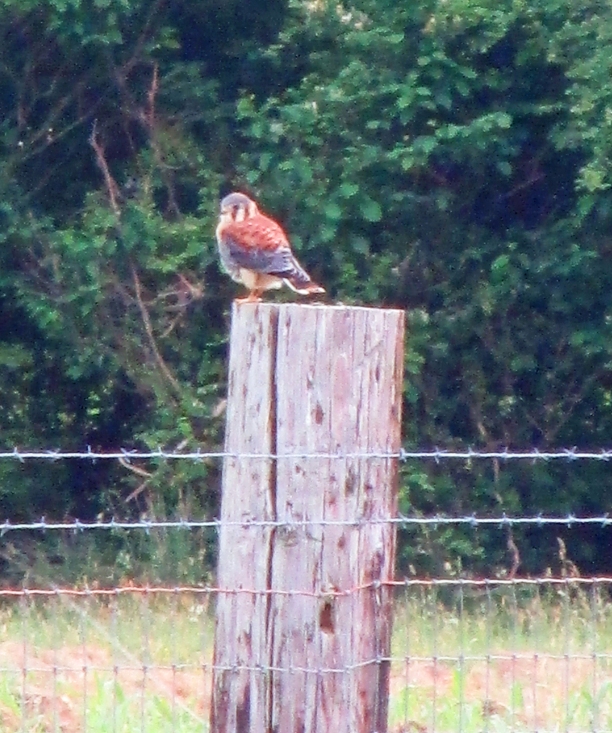