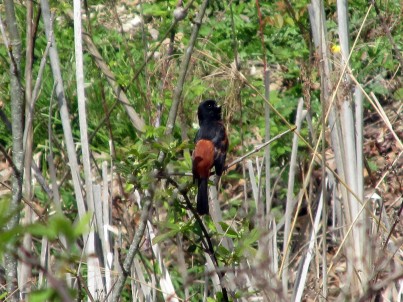 I’m just back from attending the first-ever Birding Festival at Hungry Mother State Park. It was a wonderful weekend filled with exciting observations of birds such as Baltimore Oriole, Orchard’s Oriole, Great Egret, Solitary Sandpiper, Spotted Sandpiper, Red-breasted Mergansers and even a pair of nesting Blue-gray Gnatcatchers.

The park is located in Smyth County near the town of Marion, Virginia, and is accessible just off of Route 16 near interstate 81. The park offers visitors more than 2,000 acres of wooded mountainous terrain, a large lake, several miles of trails for hiking and biking, a conference center, camping, picnicking, a lakeside beach for swimming, and a discovery center to learn about the area.

The festival, which was held Friday-Sunday, May 1-3, meshed nicely with other recreational opportunities offered at HMSP. Tanya Hall, the Chief Ranger of Visitor Experience, noted that  Hungry Mother is one of the more popular parks in Virginia.

“We have 18 miles of trails that you can either hike or bike and we have a 108-acre lake that has various species of fish available to catch,” Hall noted.

The lake is also a favorite destination for swimmers, canoeists, kayakers and paddleboarders, which were all in evidence during this weekend’s events.

Hall said the park is also fortunate to have an “awesome interpretation department” that hosts numerous programs each day that are offered not only to camping and cabin guests, but also to the public.

Hall said the park also has one of the most unique names of all Virginia’s state parks. There’s also a unique legend tied to the name, which is associated with Molly’s Knob, the highest point in the park.

According to local legend,  Indians destroyed several settlements on the New River south of the park, resulting in Molly Marley and her small child being taken to the raiders’ base north of the park. Molly and her child eventually escaped and wandered through the wilderness, surviving by eating berries. Molly finally collapsed and her child wandered down a creek until she found help. The only words she could impart to rescuers were “Hungry Mother.” Unfortunately, by the time a rescue party arrived at the foot of the mountain where she had collapsed, they found Molly dead. Today, the mountain is called Molly’s Knob and the stream is known as Hungry Mother Creek. So, when the park was developed in the 1930s, a dam was constructed to block the creek and form Hungry Mother Lake. The legend also provided the name for this very unique park.

I presented a program on birds and nature through all four of the seasons. I got to meet many people that I have corresponded with through Facebook and email. I also got to meet some interesting new people.

The festival also featured Richard Moncrief, who is the Birding and Nature Observation Market Manager for Carl Zeiss Sports Optics. Montcrief presented two programs on “Binocular Know How” and a very informative and entertaining “Birding Basics.” Some local Master Naturalists, including Melanie Smith and Randy Smith, gave programs on “Birding by Ear” and “Backyard Birding.”

Another highlight of the festival included an excursion to nearby Saltville to bird the wetlands in that historic southwest Virginia town.

I overheard plenty of discussion that the festival should become an annual event, and I certainly concur with that sentiment. I know I’d like to visit again next May. 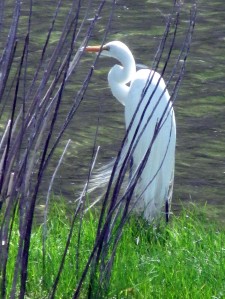 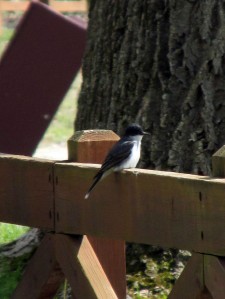