Which came first? The bird or the egg?

That long-running philosophical mystery hasn’t been solved, but it does clearly focus on one thing that makes birds unique: All birds lay eggs in order to reproduce; no birds give live birth to their young. On the other hand, all but a handful of mammals do give live birth to their young. These exceptions are the duck-billed platypus and the echidna (a species of spiny anteater) that are definitely odd-ball mammals in that they lay eggs.

Still, it’s birds that are such dedicated egg layers. From the largest to the smallest, all birds start out life by hatching from eggs.

Photo by U.S. Fish & Wildlife • Eggs of a yellow warbler snug in the nest.

The world’s largest bird, the ostrich, produces the largest egg of all birds. Each egg weighs a little more than three pounds. An ostrich hen can lay about 20 eggs, but several hens may share a communal nest. Ostrich eggs require an incubation period of about 40 days. The ostrich is native to Africa, but domestication has spread this bird around the globe. The emu, the second-largest bird on the planet, needs about 56 days to incubate eggs. Native to Australia, the emu can produce an egg that weighs 1.4 pounds.

On the other end of the scale, the world’s smallest bird — the bee hummingbird of Cuba — lays only two eggs. The female will incubate her pair of eggs for about three weeks before they hatch. All hummingbirds lay two eggs. Female hummingbirds bear all the responsibility for raising young, including building the nest, incubating the eggs and feeding hungry young. Without assistance from the male, it simply isn’t possible for a female hummingbird to feed herself and any more than two young.

Here are some other examples of common birds in regards to their eggs.

The American robin lays three to five eggs. The female robin does most of the incubating of the eggs, which will take about 12 to 14 days. A female robin, along with many other songbirds, develops a brood patch that helps her keep eggs warm during the incubation process. The patch consists of a section of bare skin that transfers thermal heat from the female’s body to keep the eggs warm. 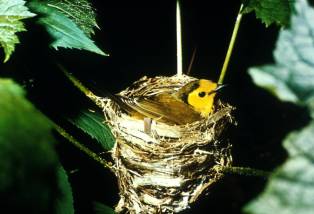 A mallard hen needs almost a month to incubate her clutch of eight to 13 eggs. Mallards do not develop a brood patch, but a hen will pull feathers from her own breast so her skin makes contact with her eggs and keeps them warm. The feathers and down pulled from her breast are not wasted. She will use them to line the nest and to help insulate the eggs. Although she does not lay all her eggs on the same day, incubation is such that all the eggs hatch at the same time — usually about 28 days after the mallard hen lays the last egg.

Female Northern cardinals lay three or four eggs in a single clutch. She will incubate her eggs for only 12 to 13 days. Occasionally her mate will help with the incubation duties.

For a tiny bird, the house wren is known for producing large families. Female house wrens lay as many as 10 eggs and incubate the eggs from nine to 16 days. The house wren nests in some odds nooks and crannies, including discarded cans and buckets, cavities created by woodpeckers and nest boxes provided by humans.

A wild turkey hen lays about 10 to 14 eggs in a nest formed by a depression in the dirt that is hidden by thick vegetation. The eggs are incubated for about 28 days, all hatching at the same time so the precocial young can leave the nest 12 to 24 hours after hatching. A turkey egg can weigh 3.5 ounces. By comparison, a jumbo chicken egg usually weighs 2.5 ounces.

Gender roles are somewhat fluid for some shorebirds. The female red-necked phalarope — a species of shorebird — lays her four eggs and her duties are done. With phalaropes, it’s the male that incubates the eggs and raises the young. The eggs usually hatch 18 to 23 days after the laying of the third egg in the clutch. The male will tend to his offspring for another 20 days after the brood departs the nest.

The female mute swan waits for the male to begin building their nest before she commits herself. Then, working together, they finish the nest, sometimes taking ten days or longer to finish the job. At that point, the female lays two to five eggs, which will require an incubation period of 35 to 41 days.

Male and female pileated woodpeckers share many nesting duties, including excavating a nesting cavity in a tree, feeding the young and incubating the three to five eggs laid by the female. The eggs usually hatch in about 15 to 16 days.

Great blue herons are communal nesting birds, which means several pairs will build nests in a common vicinity. The female lays two to six eggs and incubates them for 27 to 29 days. The young herons spend a considerable amount of time in the nest. Depending on the number of young, herons may not depart the nest for 49 to 80 days after hatching.

A female red-tailed hawks typically lays two to three eggs, although a single egg or as many as five are possible. After an incubation period of 28 to 35 days, the parents must still feed and protect the young in the nest for another six to seven weeks. After young hawks leave the nest, they still rely on their parents to show them the ropes for a few additional weeks. 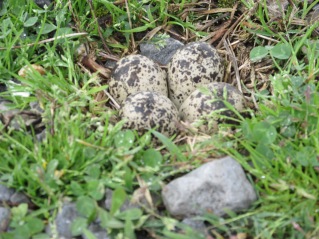 A female great horned owl lays one to four eggs in a nest, which is often renovated from a nest previously built and occupied by red-tailed hawks. After incubating the eggs for 30 to 37 days, she and her mate will care for the young in the nest for another 42 days.

Bird eggs are fragile, so it’s an advantage to hatch eggs as quickly as possible. Various animals also love to make a meal of bird eggs. In general, the larger the bird the more time they can afford for their eggs to hatch. Most small songbirds have eggs that hatch quickly, often in less than two weeks.

Spring is definitely the season of the egg. Eastern bluebirds and tree swallows are nesting at my home. I suspect that American robins, Northern cardinals, song sparrows and Eastern towhees are also on nests hidden in shrubs and trees. I’m hopeful the nesting season’s successful for all of them.

The next time you see your favorite bird, just remember that it all began with a single, delicate egg that hatched into a feathered miracle. 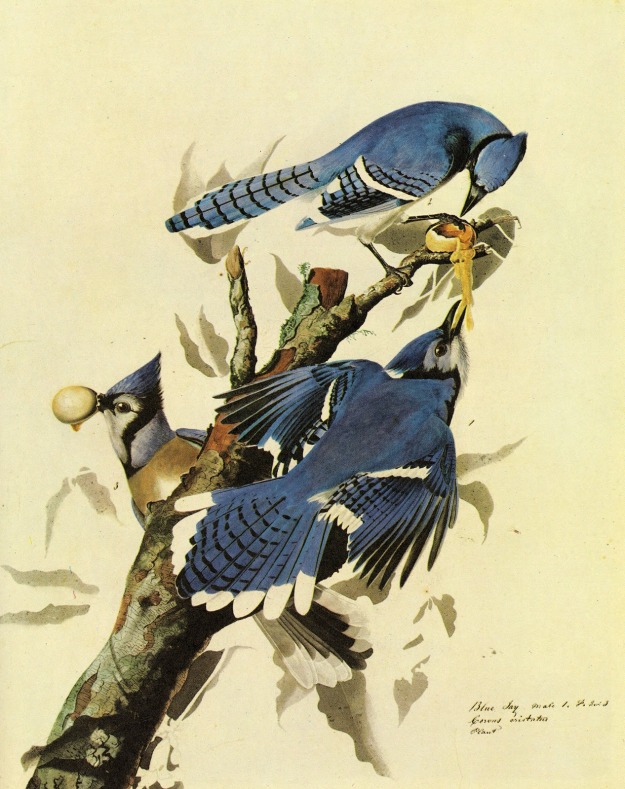 Early American naturalist and artist John James Audubon depicted blue jays raiding the nests of other birds to consume eggs in his painting of the species.