Organizers are inviting citizen scientists around the world to give Mother Nature a valentine this year and show how much they care about birds by counting them for the yearly Great Backyard Bird Count. 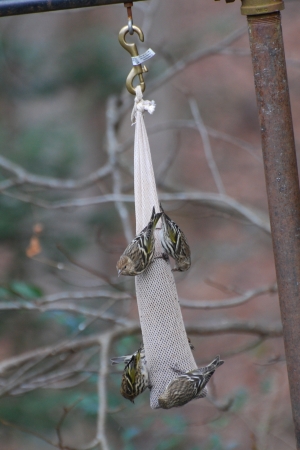 The 18th annual count is taking place Feb.13-16. Anyone in the world can count birds at any location for at least 15 minutes on one or more days during this four-day count and enter their sightings at http://www.BirdCount.org. The information gathered by tens of thousands of volunteers helps track changes in bird populations on a massive scale. The GBBC is a joint project of the Cornell Lab of Ornithology and the National Audubon Society with partner Bird Studies Canada.

Two years ago, the GBBC shattered records after going global for the first time, thanks to integration with the eBird online checklist program launched in 2002 by the Cornell Lab and Audubon. Participants reported their bird sightings from all seven continents, including 111 countries and independent territories. Participants came from a range of far-flung locations from from Afghanistan to Zimbabwe. More than 34.5 million birds and 3,610 species were recorded, thereby documenting nearly one-third of the world’s total bird species in just four days.

Last year, bird watchers fell in love with the magnificent snowy owl when these impressive birds were reported in unprecedented numbers across southeastern Canada, the Great Lakes states, the Northeast, and along the Atlantic Coast. Organizers anticipate snowy owls will show up in higher numbers during this year’s GBBC, too. 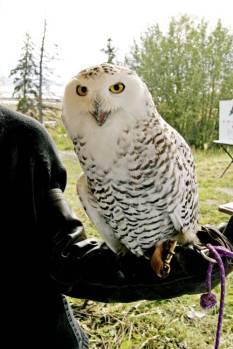 Photo by U.S. Fish & Wildlife Service A Snowy Owl, held in captivity after suffering injuries that left it unreleasable, now educates people about the lives of birds of prey.

“It’s called an ‘echo flight,’” explained Marshall Iliff, eBird Project Leader at the Cornell Lab of Ornithology, in a press release promoting the GBBC. “After a huge irruption like we had last winter, the following year often yields higher-than-usual numbers as well. The abundance of lemmings that produced last year’s Snowy Owl irruption likely continued or emerged in new areas of eastern Canada, more owls may have stayed east after last year’s irruption, and some of last year’s birds that came south are returning.”

Owls are not the only birds that will motivate birding enthusiasts to get into the field this February.

“This may also be a big year for finches,” noted Audubon Chief Scientist Gary Langham. “GBBC participants in North America should be on the lookout for larger numbers of Pine Siskins and redpolls. These birds also push farther south when pine cone seed crops fail in the far north of Canada.”

Bird watchers from 135 countries participated in the 2014 count, documenting nearly 4,300 species on more than 144,000 bird checklists – that’s about 43 percent of all the bird species in the world! In addition to the U.S. and Canada, India, Australia, and Mexico led the way with the greatest number of checklists submitted.

“We especially want to encourage people to share their love of birds and bird watching with someone new this year,” says Dick Cannings at Bird Studies Canada. “Take your sweetheart, a child, a neighbor, or a coworker with you while you count birds for the GBBC. Share your passion and you may fledge a brand new bird watcher!” 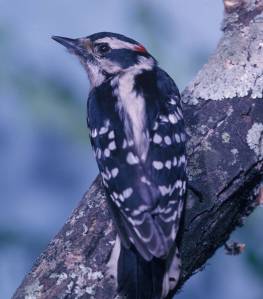 Photo by U.S. Fish & Wildlife Service      The popular photography contest will also be open to Great Backyard Bird Count participants again this year. From common birds, such as this Downy Woodpecker, to more exotic ones such as Snowy Owls, photographers can focus their cameras on a variety of birds.

The Great Backyard Bird Count is a great way for people of all ages and backgrounds to connect with nature and show some love for the birds this Valentine”s Day. Participation is free and easy. To learn more about how to join the count, download instructions, a slide show, web buttons and other materials, visit http://www.birdcount.org. While you’re there, get inspired by viewing the winning photos from the 2014 GBBC photo contest.

I’ve taken part in the GBBC for the past 18 years. It’s easy to do. If you have never participated in the GBBC or any other Cornell Lab citizen-science project, you’ll need to create a new account. If you already created an account for last year’s GBBC, or if you’re already registered with eBird or another Cornell Lab citizen-science project, you can use your existing login information.

On any or all of the days of the GBBC, count birds for at least 15 minutes, although you can count for longer than that if you wish. Count birds in as many places and on as many days as you like—one day, two days, or all four days. Submit a separate checklist for each new day, for each new location, or for the same location if you counted at a different time of day. Estimate the number of individuals of each species you saw during your count period. 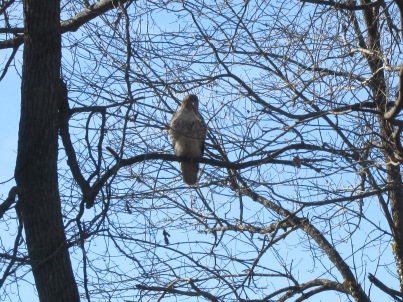 Enter your results on the GBBC website by clicking “Submit Observations” on the home page. Or download the free GBBC BirdLog app to enter data on a mobile device. If you already participate in the eBird citizen-science project, please use eBird to submit your sightings during the GBBC. Your checklists will count toward the GBBC.