Photo by Bryan Stevens • The downy woodpecker ranked among the 10 most frequently reported birds on the 2017 Great Backyard Bird Count. A record number of 173,826 people took part in this year’s GBBC, which was held Feb. 17-20.

In announcing the results of this year’s Great Backyard Bird Count, organizers of the annual global bird survey shared an anecdote about a second-grade student in Memphis, Tennessee. The girl, who obviously enjoyed making a contribution as a citizen scientist for the GBBC, made a real connection with the birds she was being asked to count.

Calling her participation the “best day of her life,” the girl went on to share her excitement about seeing a downy woodpecker. She was hardly alone in seeing this small woodpecker. A total of 38,760 checklists across the country included downy woodpecker with their totals.

The girl’s joy at discovering a downy woodpecker — a bird that was completely new to her — all but guarantees that she will look forward to taking part in the 2018 GBBC. If her interest in birds continues to develop, she just may catch the birding bug herself.

Photo by Bryan Stevens • Counting crows and other birds at Shook Branch at Watauga Lake during the recent GBBC.

The 2017 Great Backyard Bird Count is now part of the history books, and thanks to participants from around the world, this year’s GBBC ranked as the biggest count in its 20-year history. Participants set a new high bar for number of checklists submitted and total number of species reported.

The states seeing the most species of birds reported were, in descending order, California (370 species), Texas (360 species) and Florida (309 species). North Carolina checklists indicated a total of 213 species to land the Tar Heel State at No. 8 on the list of states with most species reported. Virginia, in 12th place, tallied a total of 196 species. Tennessee came in 32nd place with 136 species, which isn’t too bad for a landlocked state. 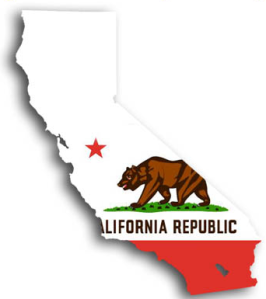 In North America, the most numerous birds reported on the count included several species of geese, as well as blackbirds, starlings and crows. A total of 4,793,261 snow geese made this bird the most numerous North American species reported on the GBBC. Other common birds, in descending order, included red-winged blackbird with 2,464,572 individual birds tallied, as well as Canada goose, 1,895,077; European starling, 919,038; mallard, 715,594; ring-billed gull, 647,950; American coot, 500,261; greater white-fronted goose, 426,040; common grackle, 416,720; and American crow, 378,483. During my participation this year, I saw several of these species, including red-winged blackbird, Canada goose, European starling, mallard, ring-billed gull and American crow. 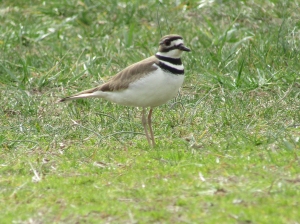 The birds on the most frequently reported list are almost without exception birds of yards and gardens, making them more likely to be counted by more individual participants. On the other hand, the most numerous, or abundant, birds are those that join together to form large flocks. They’re widespread, but less likely to be encountered in yards and gardens.

I counted at home and at several favorite birding locations. During a visit to Watauga Lake in Carter County, Tennessee, my mother and I observed an immature bald eagle and a yellow-bellied sapsucker, which turned out to be among my personal GBBC highlights this year. I always enjoy looking for birds during the four-day count period. I also like to feel that I am contributing to a shared knowledge about birds and their populations.

Photo by Bryan Stevens • Buffleheads on the Watauga River during the recent GBBC.

If you would like to view photos of birds from around the world that were taken during this year’s GBBC, visit gbbc.birdcount.org/photo-subs-2017/.

If you didn’t get to take part this year, be sure to plan ahead for next year when the GBBC will be held Feb. 16-19, 2018. Help make next year’s count another one for the record books.