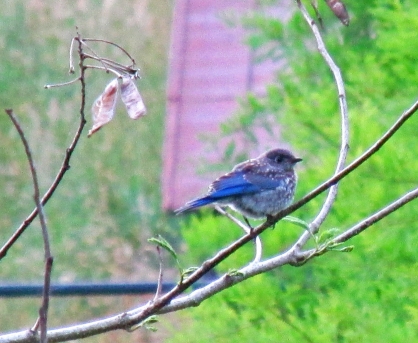 Rick Knight, a long-time compiler for the chapter’s seasonal bird counts, organized and launched the count as a means to collect valuable information about the local distribution of birds in an often overlooked county in the region.

Species found during the count included: 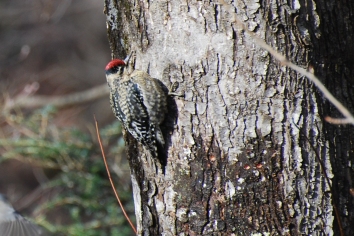 Photo Courtesy of Jean Potter
The Yellow-bellied Sapsuckers found during the count indicate that this species is nesting at high-elevation locations in Unicoi County. 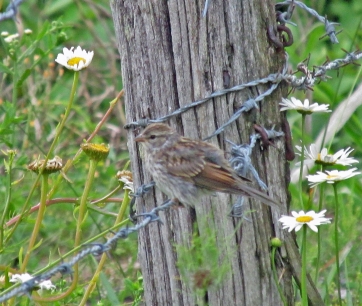 Photo by Bryan Stevens
A young Chipping Sparrow perches on a barbed wire fence at the Bell Cemetery in Limestone Cove.

Knight noted that all 111 species found during the count are known or suspected to nest in Unicoi County. For instance, the three Bald Eagles found on the count included an adult bird and two recently fledged young. Eagles have been documented nesting near the Devil’s Looking Glass above the Nolichucky River for the past couple of years.

During the count, I stayed close to home with the territory of Limestone Cove and the portion of Sciota Road located within Unicoi County. Gary Wallace and John Whinery joined me for several hours of productive birding.

We found some birds I would never have expected to find so close to home, including singing Prairie Warblers and a noisy, scolding Yellow-breasted Chat. On Bean Creek Road near the state line with North Carolina, we also found a male Yellow-bellied Sapsucker while walking a section of the Appalachian Trail. This was my first summer sighting of what is normally a winter bird in the region. In recent years, however, a few sapsuckers have started nesting in some of the local mountains.

We also missed some target birds. We checked out every pond we could view in our territory and failed to find a Green Heron.

Summer is also an extremely busy time of year for birds as they go about the business of bringing up a new generation of birds. Most birds have completed spring migration and have settled into locations they will call home for the next few months. During the recent Summer Bird Count in Unicoi County, we saw numerous young birds, ranging from Chipping Sparrows and Eastern Bluebirds to American Robins and Barn Swallows. 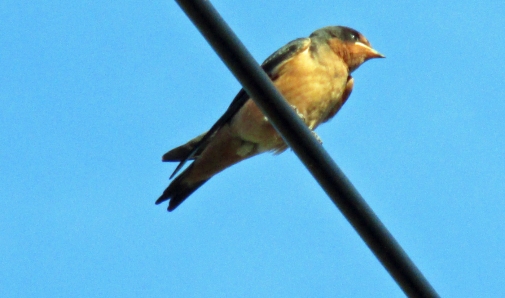 Photo by Bryan Stevens
A young Barn Swallow perched on a utility line at the Bell Cemetery in Limestone Cove awaits a delivery of food from its parents.

To ask a question, make a comment or share an observation, email me at ahoodedwarbler@aol.com or leave a remark here at “Our Fine Feathered Friends.”