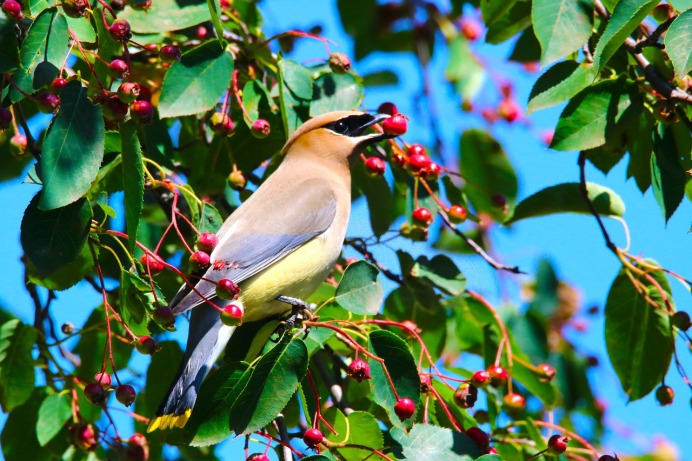 Photo by DivaDan/Pixabay.com • A cedar waxwing plucks a single berry from the laden branches of a fruit-bearing tree.

Early last month I received an email from Ernie Marburg about some visitors at his home in Abingdon, Virginia. “Just wanted to let you know that the Cedar Waxwings are in the neighborhood,” he wrote. “The flocks are looking for berries in the holly trees.”

Waxwings have a brown and gray silky plumage, a black mask and a perky crest. Some of the wing feathers show red tips. The similarity of these wing tips to melted drops of wax gives these birds the common name of waxwing. 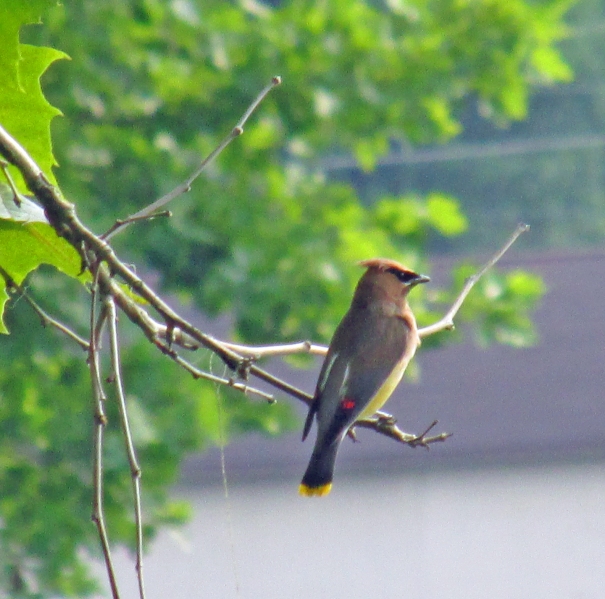 Photo by Bryan Stevens • The waxy tips to the wing feathers are evident in this photograph of a cedar waxwing.

The cedar waxwing has few relatives. Worldwide, there are only two other species: the Bohemian waxwing, of the northern forests of Eurasia and North America; and the Japanese waxwing, found in such northeast Asian countries as Japan, Korea and China.

Although it’s classified as a songbird, the cedar waxwing does’t truly produce a vocalization that anyone would contend qualifies as a song. They are, however, very vocal birds, producing shrill, high-pitched notes as they pass through the upper branches of tall trees.

As much as the waxwing has a fondness for fruit, it’s also a bird that would have made an excellent flycatcher. Flocks of these birds will often congregate in trees near the edge of a pond, garden or yard — anywhere winged insects might be found in good numbers — in order to hawk insects on the wing. A waxwing will sally forth from a branch, snatch its prey in mid-air, and return to its perch for a quick snack. 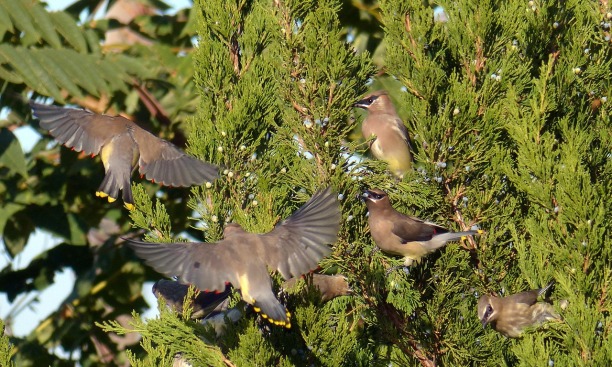 Photo by dmgreen44/Pixabay.com • A flock of cedar waxwings strip berries from the branches of a cedar tree.

Waxwings are rather nomadic, coming and going with a maddening unpredictability. Other birds are more dependable, arriving and departing at roughly the same time year after year. One such bird should soon make its triumphant and welcome return to yards and gardens throughout the region. According to the website Hummingbird Guide, ruby-throated hummingbirds usually return to Tennessee and Virginia the first week of April. These tiny flying jewels arrive earlier in North and South Carolina, typically arriving the third week of March in those states.

The popularity of hummingbirds in general, and the ruby-throated hummingbird specifically, is simple to understand.

These tiny birds are perfectly willing to insert themselves into our lives, offering hours of fascinating entertainment as they visit our gardens, duel at our sugar water feeders and occasionally even nest in trees and shrubs in our yards.

I’m hoping to hear from readers about their first spring hummingbird observations. Email me at ahoodedwarbler@aol.com. Be sure to include the time and date of your sighting, as well as your locations. You can also find me through Facebook. 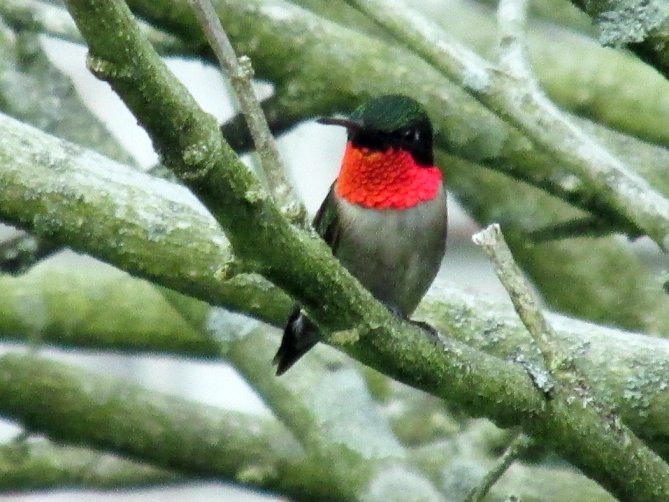 Photo by Bryan Stevens • A male ruby-throated hummingbird perches near a feeder that he is ready to defend from all comers.